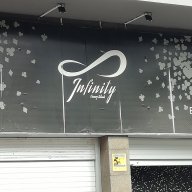 Buzz Up!
Spanish actor Antonio Banderas has agreed to invest in a team that will compete in the new Moto2 championship, which will replace the 250cc category from next year.

More StoriesKTM pulls out of 125cc championship
"I have always been passionate about this world (motorcycling) and the opportunity came along and I didn't hesitate," Banderas said in an interview with Spanish broadcaster RTVE from his home in Los Angeles.

According to RTVE, Banderas will hire compatriot Joan Olive, currently competing in the 125cc category, plus one other rider and the team would be called either Banderas Racing Team or Antonio Banderas team.